JEWS AND MAGIC IN MEDICI FLORENCE:
THE SECRET WORLD OF
BENEDETTO BLANIS﻿ 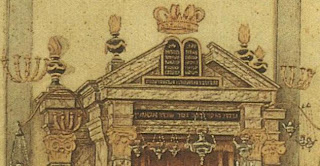 This biography is a wry account of a colorful figure: Benedetto Blanis, businessman and denizen of the squalid Florence ghetto of the early 17th century, who managed to ingratiate himself into the local ruling court, presided over by Don Giovanni dei Medici. With the use of extensive archives--police files, judicial records, legal contracts, and “literally millions of letters”--art historian Edward Goldberg describes the rise and fall of Blanis who, originally hired as private librarian, exploited his purported knowledge of astrology, alchemy, and kabbalah to incur favor with his patron. He was eventually brought down and sent to prison, thanks to enemies, both Jewish and Gentile.

The writing is both factual in its depiction of contemporary Italian Jewish communities—a mixture of longtime dwellers and Ashkenazi and Sephardic refugees—and Jewish life, and lively in its portrait of Blanis amid a rogues’ gallery of feuding families, corrupt officials, loose women, converted Jews, Grand Inquisitors, and other anti-Semites.  Clearly Blanis was a man forced to live by his wits within a treacherous world. In tracing the history of the Medici family, the author shows the relations between Jew and Gentile, both intellectually and economically, as Don Giovanni, like many spiritual seekers of his time, knew some Hebrew and dabbled in the occult. Never a dull read, this book provides fine background to the Jews of that region.

There are ample footnotes, as well as paintings and photographs. Recommended for college libraries with Jewish or European history collections. 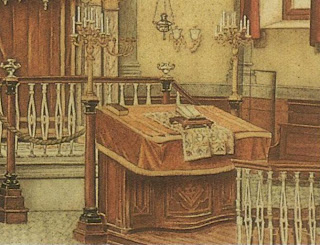 Robert Bonfil, Department of the History of the Jewish People, Hebrew University of Jerusalem:

"This dazzling, valuable biography combines Edward Goldberg's thorough archival expertise with his fresh, fluent writing style to create a vividly detailed portrait of Benedetto Blanis and seventeenth-century . Goldberg compellingly shows how the episodes of Blanis' life reflected a complex, deeply moving response to the conditions of baroque Italian society. Since our knowledge concerning Jewish life in this period is considerably limited, JEWS AND MAGIC IN MEDICI FLORENCE must be welcomed as a superb achievement adding substantial components to this puzzle. Travellers can also use it as a muse as they stroll through the narrow lanes of the historical centre of Florence, wondering what it may have been like to walk there five hundred years ago."


"Suspenseful and compelling, JEWS AND MAGIC IN MEDICI FLORENCE plunges readers into the lives and destinies of two figures ­­who strove to explain the world through the language of magical power – Benedetto Blanis, a learned Jew, and Don Giovanni dei Medici, the Grand Duke of ’s illegitimate but acknowledged son. Edward Goldberg’s great narrative talent is revealed through his faithful, flowing translations of Blanis’ letters and his vibrant reconstruction of everyday Florentine life." 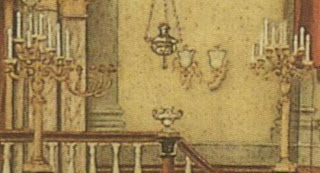 “Don Giovanni [dei Medici] was a great lord while Benedetto [Blanis] was only a ghetto trader, who struggled to maintain a modest commerce in textiles. It is difficult to imagine two individuals more distant in their status and occupations, but they were drawn together in a strange fellowship …Edward Goldberg has sifted the correspondence between Blanis and Don Giovanni, rich with two hundred letters, plus other archival sources, in order to deduce a new image of Counter Reformation Tuscany.”

For the full review (in Italian) see:

In this outstanding new book, Edward Goldberg examines a wide range of archival materials to offer a nuanced view of Jews and magic in seventeenth-century Florence. Because of the richness of the sources utilized and the broad contextualization furnished, this volume provides a good deal more than the study of an intriguing and infrequently discussed chapter in early modern Jewish history and Jewish and Christian relations.
For the full review see:

“Blanis is supposedly a ‘bad Jew’ not because he previously converted to Catholicism—which he did not, but due to the fact that he kept on blurring the cultural and religious borders between Jews and Catholics. In baroque , including and the city of , such a phenomenon became an ever menacing threat to social control and religious orthodoxy… Blanis, the Jew, ran various errands for Don Giovanni [dei Medici] and [Livia Vernazza] his mistress and later his wife. Yet the main mutual interest lay in the knowledge [Blanis] was supposed to own: alchemy and secret Kabbalistic lore… Their intrigues and personal events, as well as Blanis and his family, are richly documented in the Medici archive, and furnish the basis for this book. Practically nothing was known about Blanis prior to the publication of Goldberg's fine book.”

"What was it like to be a Jew in Florence, Italy, in the early seventeenth century? Edward Goldberg answers that question by compiling a mass of original material into a readable narrative. No ordinary historian, he follows the personal problems of a Jew and a nobleman while skillfully exploring various aspects of Florentine life... Certainly for academics, but for many others, too, JEWS AND MAGIC offers a rare view of one western ghetto before the gates were opened."

“Blanis’ life is key to the book, and Jewish magic plays a significant part in it, but the star of Goldberg’s research is the Jewish ghetto in in the seventeenth century… Goldberg presents the pressures and pleasures of daily life,  as seen through the archival records of the Jewish community… Life as a European Jew in the fifteenth to seventeenth centuries was a series of difficult negotiations, of some doors opening and more doors closing.”

Time and the Jewish Past

Gillian Polack,  Bibliobuffet (discussing A JEW AT THE MEDICI COURT: THE LETTERS OF BENEDETTO BLANIS HEBREO):
The wonder of a good scholarly edition is that the notes and the index and the scholarly apparatus… serve as tools to help the reader see something more clearly.  In this case, it's Benedetto Blanis and his world. It’s a terrific companion volume to the first book [Jews and Magic in Medici Florence]… The letters themselves are the pure magic. Goldberg was clever to realise this and facilitate the transit between them and the reader.”

How We Understand the Past 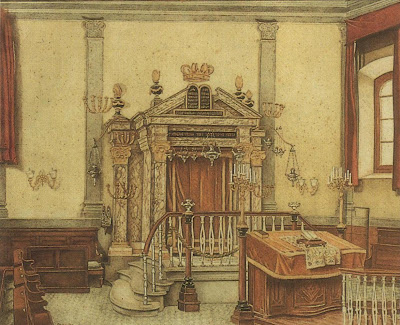 Interior of the Italian Oratory in Via delle Oche in Florence (watercolor by Ottavio Levi, circa 1900). This scuola was created by traditionalist Florentine Jews who objected to the innovations in the grand new synagogue in Via Farini (built 1872-82). The Italian Oratory (dismantled in 1962) offers a strong impression of the synagogue that Benedetto Blanis knew in the old Ghetto.