IN SEARCH OF BENEDETTO BLANIS... 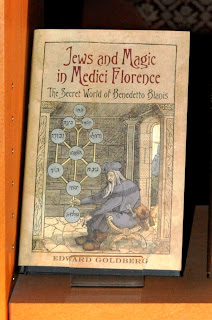 Then the transatlantic telephone calls started up
(expatriates are always working the time difference).

So the bells were ringing midnight, before the table was cleared and the dishwasher whirring away. And you can't (or at least, shouldn't) go to sleep on a full stomach.

Then, more decisively, the gelato factor kicked in... 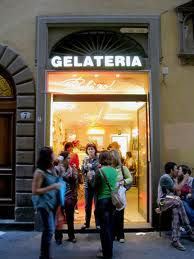 The mythic PERCHÉ NO! Absolutely the best gelateria
in Florence and probably the world.
Florence is at its best late at night and early in the morning - especially during the Tourist Season, which now fills most of the year. And under the influence of shadows and streetlights, we can project ourselves back in time - retracing a Florence that used to be.

The Jewish Ghetto - home to Benedetto Blanis and his family for many generations - was leveled in the 1ate nineteenth century. (See JEWS AND MAGIC, Chapter One, The Piazza , pp.3-6, and Chapter Six, The Market, pp. 84-116.) 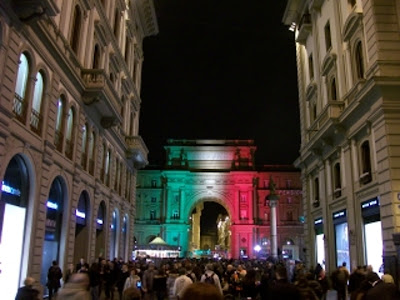 The present-day Piazza della Repubblica,
former site of the Old Market and the
Jewish Ghetto (with special effects for the
150th Anniversary of the Unification of Italy.
Can we even begin to imagine what Benedetto
would have made of that?!)

But many of Benedetto's old haunts remain. Most notably, the Bargello Prison where he spent several miserable years. (See JEWS AND MAGIC, Chapter Twelve, Prison, pp.205-231.) 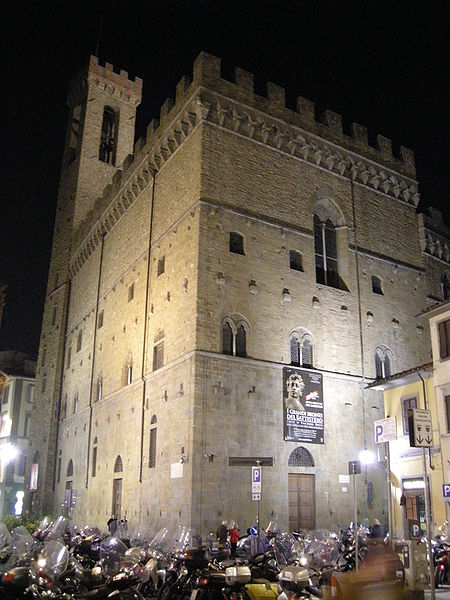 The Bargello Palace -  now the Bargello Museum - was the
Headquarters of the Florentine Police in Benedetto's day.
And also the Central Prison.
In the warren of back streets and tiny squares behind the Cathedral, we enter Piazza delle Pallottole. 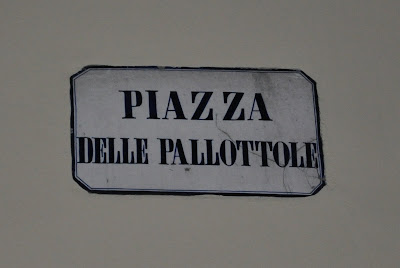 On 18 June 1619, a Blanis family drama took place on this very spot. Two vagrants entered their Ghetto shop and pocketed a few strings of buttons. David Blanis (Benedetto's younger brother) then pursued the thieves for several hundred feet, as far Piazza delle Pallottole -where they beat him up (and evidently kept the buttons). 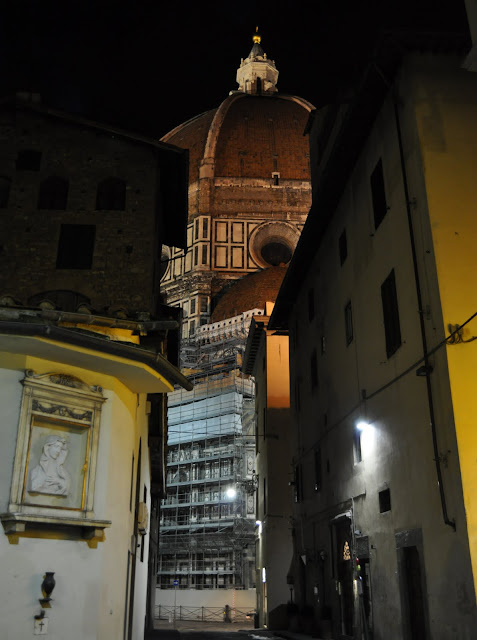 The people are long-dead, but the piazza is still there. Along with a well-documented court case. (See JEWS AND MAGIC, Chapter Six, The Market, pp.89-90.) 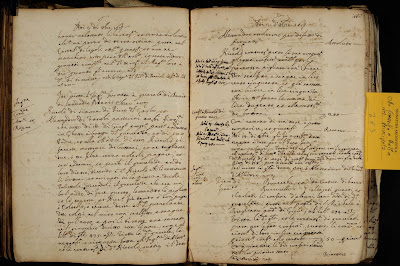 The record from the Florentine Police Court
(now in the Archivio di Stato di Firenze). 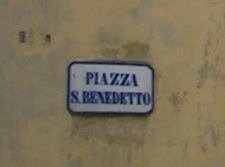 Then, just around corner, lies Piazza San Benedetto, where the Blanis family survived another brush with the law. 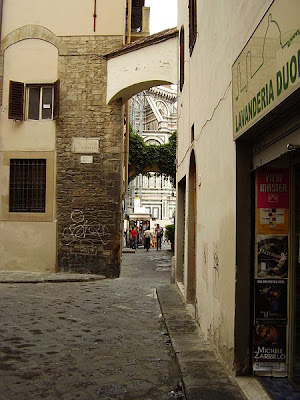 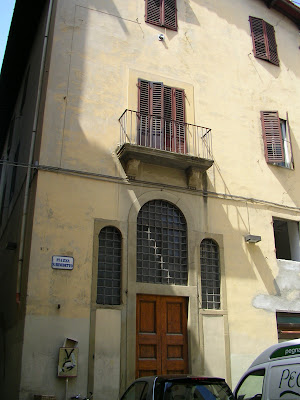 The ancient Church of San Benedetto,
annexed to the residence of the
Canons of Florence Cathedral.
In the Spring of 1616, Moisé Lattone (Benedetto's brother-in-law) was taken off to jail - in the wake of a sensational Jewish gambling scandal.

Benedetto helped him make a break - and the Hebraic fugitive claimed sanctuary in the nearby Church of  San Benedetto. (See JEWS AND MAGIC, Chapter Eight, Games of Chance, pp.146-148.)

Then another turn - into Via dell'Oche. And another surprise...

Not that The Paperback Exchange is likely to surprise many English speakers - or English readers - here in Florence. It is an essential part of our daily lives! 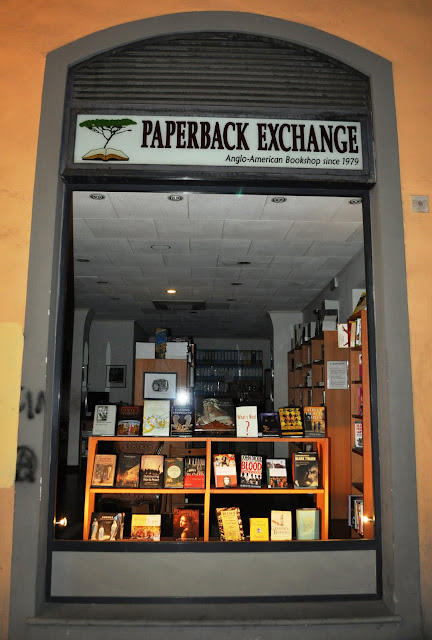 Florence, The Paperback Exchange
Via dell'Oche 4 (red number)
http://www.papex.it/
And there!  In the window!  Is
JEWS AND MAGIC... 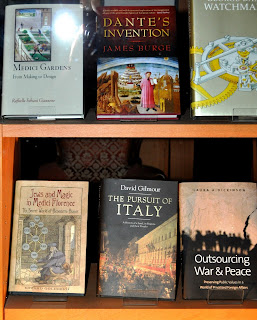 
But what if Benedetto Blanis wandered by?

Some nights, anything seems possible... Give or take four hundred years!