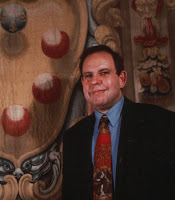 Jews and Magic in Medici : The Secret World of Benedetto Blanis is coming off the press – now as we speak – after many years and many adventures.
It all began with a breathtaking discovery in the Medici Granducal Archive. I found a cache of two hundred letters from Benedetto Blanis (a Jew in the Florentine Ghetto) to his great patron Don Giovanni dei Medici (the illegitimate son of  Cosimo I, Grand Duke of Tuscany). This is the largest  body of surviving correspondence from any Jew in early modern .


Now that publication is drawing near, friends and colleagues are asking me a lot of questions: “What was the biggest challenge that you faced along the way?”, “What was the biggest surprise?” And so on…
No one, however, asks me the most essential question of all: “If you knew what you were getting into, back at the beginning, would you have had the nerve to jump in and get started?!”
The Blanis project occupied me for five years – four more than I expected – and at the end, I had two books rather than one (both produced by the University of Toronto Press):  Jews and Magic, a narrative account of  Benedetto’s tumultuous life and A Jew at the Medici Court: The Letters of Benedetto Blanis Hebreo, 1615-1621, a critical edition of these essential documents.
Week after week, Benedetto wrote his Medici confidant – telling his astonishing story in his own words. He recorded his secret intrigues at the , his illicit business deals, his commerce in banned books, his skirmishes with the Inquistion and his adventures in the occult – including astrology, alchemy and Kabbalah.
For thirty years, I had been working my way through the Medici Granducal Archive and imagining myself behind the scenes in granducal . Then suddenly, I found the ultimate inside source – a brilliant but reckless individual who put everything on paper, a compulsive risk-taker in an unimaginably dangerous world.
From the moment of impact, Benedetto pretty much took over my life – so the question of forging ahead (or not) never arose!
You can learn the whole story here at: www.edwardgoldberg.net
Edward Goldberg